Here is How You Handle a Sewer Backup in Your Basement

If you’ve found yourself in the unfortunate position of having a sewer backup in your basement, don’t panic.  While frustrating, there are things you can do to start the cleanup process on your own. By following the steps below, you can begin to resolve the issue quickly and safely:

There are some essential safety precautions to take when dealing with a sewage backup in your basement.

Sewage backups are more than just unpleasant smelly messes. They can also be dangerous. Your family (including pets) should leave your home until the sewage removal is complete.

Under most circumstances, you should let a professional clean up a sewer backup in your basement. However, if the damage is fairly minimal and the flooding/backup isn’t severe, try following our steps to clean up your flooded basement. 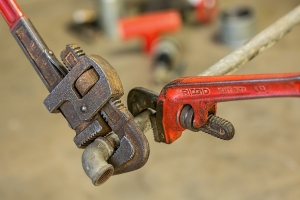 What Does it Mean When Your Sewer Backs Up in the basement?

When you have a sewage backup in your basement, it could have several different causes. The most common problem is that there is a problem with the main sewage drain line. When this happens, the sewage backs up into the basement because it’s the lowest point in the house, and those sewer drains are the easiest means of escape for the excess water.

It could also be caused by an individual clogged drain in the basement, which is likely the case if you are only getting back up in one drain.

What Causes a Sewage Backup?

Clogs, buildups in pipes from grease, or improperly flushed items, such as paper towels or single-use wipes, are common causes of sewage backup. Damage to the sewer lines can also cause a sewage backup because it prevents water from flowing correctly. A strong storm with heavy rain can also overwhelm the city sewer system with water and result in backups into people’s homes.

You may not know this, but pipes are aging fast. This is because in the past they were made of cast iron and clay piping which doesn’t last very long. Aging sewage systems can break down and crack, causing a host of problems including backups that result in flooded basements. The increase in the number of homes connected to already aging sewer lines has also contributed greatly towards these rapid increases we’re seeing today.

Can Tree Roots in Sewer Lines Cause Sewage Backup?

Shrubs and trees seeking moisture can make their way into sewer line cracks, eventually damaging the pipe and causing sewage backup. One way to prevent tree roots from entering your waterworks is by installing new plastic pipes for any leaks or other problems.

Have You Recently Dealt With Sewer backup in Your Home?

After water damage, make sure to call Jenkins Restorations to get your home back to normal again.

Is Your Basement Floor Drain Backing Up?

When you have a basement drain backup, it’s important to get it cleaned up as soon as possible. 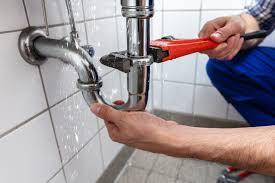 If you have a basement drain clogged and you’re looking to fix your basement floor drain backing up right away, we’ve got you covered. Some home remedies will work better than others. When your basement drain is clogged, pouring Drano or similar products down a sewer drain can actually damage pipes or the glue holding them together, causing more sewer system problems in the future. The acidity in Coca-Cola can help clear a sewage backup but may leave a residue itself.

A drain snake is a great tool to unclog plumbing fixtures, but if you don’t have one, you could use a hose or plunger to clear a clogged drain.

If you exhaust these options and still aren’t able to fix the sewage backup in your basement yourself, the necessary next step is to call a professional. A drainage problem is not likely to resolve itself and may even get worse, so make sure you call as quickly as possible to fix any sewage clog in your drain.

So how much does it cost to unclog a main sewer line? These services will generally cost between $200 and $400, but if damaged pipes need to be replaced, the price may increase into the thousands.

Your homeowners insurance does not generally cover sewage backup. Extra insurance coverage for sewage damage is available for an additional cost. Check your policy for more information or check out the Insurance Information Institute.

Once you have the backup fixed and your sewer drain is unclogged, you’ll need to clean the affected area. Wearing protective equipment, remove residual water using a wet dry vacuum. If there isn’t too much standing water, you could also use old towels that you’re willing to throw away afterward or even paper towels. Make sure to remove as much sewage water as possible as this will help prevent mold.

After removing the water, Gather any solids with a broom or shovel and dispose of them, along with any unsalvageable items, in a thick garbage bag. Items like books and soft toys that came into contact with sewage should be thrown away.

Next, you’ll want to disinfect the area. Luckily, you should be able to use the cleaning products you already have in the house. For example, bleach kills the bacteria in sewage and after an initial cleaning with hot water and dish soap, use a bleach solution. Leave it for 20 minutes, then wash it away.

What About Carpet Floors?

These cleaning steps will work on a hard floor surface, but carpet flooring is more complicated. In most cases, a carpet that has been covered in sewage water will need to be completely removed. If you choose to clean it, call a professional, and inform them of the situation so they can handle the carpet safely.

Health Risks of Sewage Backup in Your Basement

Deep cleaning the affected area of a clogged sewage drain is essential to making your home livable and safe again. There are health risks associated with sewage leaks including exposure to Dysentery, Salmonellosis, and Hepatitis A.

Electrocution is also a major concern when dealing with the flooding associated with sewage backups. Make sure that you have shut off the gas and electricity before entering a flooded basement.

Can Sewage Backup Make You Sick?

Sewage water is nothing to mess around with, and should be taken seriously. If you find a sewage backup in your basement, it’s crucial to deal with it in a timely fashion.

The pungent odor of sewage can actually make you sick. There are toxic gases in sewage that can cause anything from skin irritation to organ damage and death.

But if you take the proper safety precautions by wearing the right gear and work on solving the problem immediately, your risk of illness is much lower.

How to Stop Sewage Backup in the Future

After dealing with a sewage backup in your basement floor drains, such as toilet backing up into a basement drain, you’ll never want to have that experience again. Here are some steps you can take to prevent a recurrence:

Install new plastic pipes. If the problem that caused the basement drain to clog in your basement was damaged pipes, installing new durable plastic pipes will solve the sewage backup issue and make it much less likely to happen again in the future. This is an expensive option, but a very effective investment to make on behalf of your safety and health.

A much more straightforward (and cheaper) solution to do is adjust your family’s behavior to avoid clogged drains altogether. Avoid flushing wet wipes (even ones that are labeled as flushable), paper towels, and feminine products down the toilet. Pour unused grease and oil, left over from cooking, into the garbage or in a disposable container rather than washing it down the kitchen sink drain.

You can search and check your city or municipality’s website for a safe disposal guide. Here is the guide from New York City  as an example.

Backwater valves are another way to help prevent future sewage backups. They are one-way valves that let sewage pass out the drain, and it will not return or back up into your home.

Make sure your sump pump doesn’t sit on debris, such as silt or gravel, which could ruin the motor if sucked up into the pump. Instead, place it on something such as steady flat brick. A filter fabric around the basin is a must to prevent debris from coming in.

Make sure there are no illegal plumbing connections to your city sewer line. This includes sump pumps, French drains and other flood control systems. This can cause debris to clog your sewer lines.

How do I unclog the main drain in my basement?

The first thing you should do is turn off the water supply to the main line. Next, remove all debris from the drain. Then, pour hot water down the drain until the clog is loosened. If the clog still won’t budge, call a professional.

What can I pour down my main drain to unclog?

If you have a clogged main drain, you should pour some vinegar or baking soda down the drain. Baking soda is a natural product that will help break up any clogs. In addition, you may also try pouring boiling water down the drain. Boiling water helps loosen any blockages inside the pipe. However, this method isn’t recommended for people who don’t know how to use plumbing tools safely.

Have You Recently Dealt With Sewer backup in Your Home?

After water damage, make sure to call Jenkins Restorations to get your home back to normal again.

How to Remove Soot After a Fire

Do You Know What To Do After Water Damage Affects Your Home?

Get your FREE copy of our “Steps To Take After Water Damage” checklist to make sure you’re prepared in the event of an emergency.