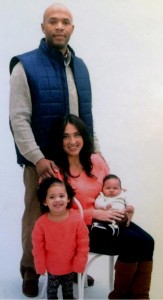 Robert joined the Jenkins family in the fall of 2015. Following completion of the Jenkins University program, Robert was placed in the Seattle, WA branch as a Project Manager.

Robert’s service to our country began August 25, 2009, when he joined the Air Force and left for basic training, becoming a part of the Civil Engineering unit as a plumber. During Basic Military Training, Robert was one of ten selected to opt out of his original career path to instead become a member of the Presidential Ceremonial Unit for the United States Air Force Honor Guard in Washington, D.C. As a Ceremonial Guardsman, Robert and the others had the responsibility of representing the U.S. and the Air Force in a variety of ceremonies conducted throughout the capital area, including ceremonies at the White House, Pentagon, National Mall, Arlington National Cemetery, and sacred Tomb of the Unknown Soldier. His last mission as a Ceremonial Guardsmen was helping in the planning of the 2013 Presidential Inauguration. In early 2013, Robert was transferred to Langley Air Force Base in Hampton, VA where he had the opportunity to work in the Maintenance Squadron as an inspector of aircraft parts and aircraft support equipment. After two years of serving with the Color Guard Flight, he auditioned to become a Pentagon Tour Guide. This program offered tours to more than 106,000 visitors annually, through a 60-minute presentation in which the tour guide walked 1.49 miles backwards through the building. After being promoted to Staff Sergeant, he continued to work in this career field until August 24, 2015, when his 6-year enlistment requirement was fulfilled.

Robert has been married for 9 years to his lovely wife Rachel, and together they have two children: Roman and Geneva. The Eadys enjoy getting out and exploring new areas, as well as playing all types of sports.