Installing Your Smoke Alarms At Home

Having a properly installed and functioning smoke detector is crucial to you and your family’s well being. It’s just as important as having a home fire escape plan in addition to you smoke alarm . When there is a fire, smoke spreads very quickly, and smoke alarms are a key part of a home fire safety plan.

According to the National Fire Protection Association (NFPA), a properly installed and functioning smoke alarm nearly doubles your chances of surviving a reported house fire compared to homes with no functional alarms or any alarm at all. Between 2014 and 2018, only 74 percent of homes reported having smoke detectors present, and almost three out of five home fire deaths were caused by fires in properties with no smoke alarms or smoke alarms that failed to operate.

It’s clear to see that having at least one functional smoke detector is incredibly important and can save lives. Below is a list of helpful safety tips to follow to prevent and protect your family from a potential house fire. 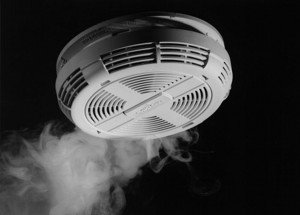 It may be hard to believe, but most Americans aren’t entirely familiar with even the most basic fire safety tips. Even the most basic information can be helpful.  It’s so important to have the capability of dealing with a potential fire in your home or workplace.

And in order to remedy this, the tips listed below from the NFPA will help you and others to prevent this all too common disaster. By begin engaged in fire prevention techniques, you are more likely to avoid injuries, property damage, or loss of life.

If you have recently experienced fire damage to your home or business, Jenkins Restorations is here to help. We make the process of getting back into your home and back to your normal life a pain-free process.

Get Started Now
Preventing Dryer Fires in Your Home

What to do After a Small Kitchen Fire in Your Home
Download Our "Steps to Take After Fire Damage" Checklist Today!
Scroll to top